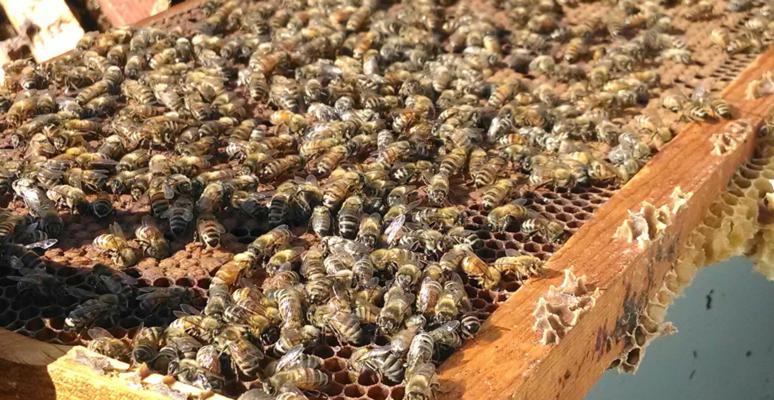 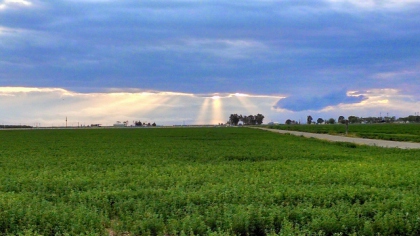 Brad Williams became interested in bees at age five when a swarm of bees appeared in his back yard. A beekeeper came to claim that swarm of bees. He let Brad hold the bag that the swarm fell into as he imparted these words of wisdom “You need to treat bees like women except for the drones of course! You need to treat them like you would a fine wine as well.” This advice was a little lost on five year old Brad, but the beekeeper also told him “You should be a beekeeper because you don’t seem to mind getting stung.” So in 1960 at age five Brad Williams got his first bee hive and a passion for bees was born. By age twelve he had twelve hives in the back yard, which did not make his Mother real happy as you can imagine. It was also at age twelve that he discovered why keeping large amounts of bees at home may not be the best of ideas. His prize hunting dog was attacked by the bees and died as a result of it. This was when he started moving his bees to actual bee locations.

Brad’s late Great Grandfather also worked with bees. This is where Brad’s father Ervin got his interest in bees and he helped his son collect swarms, build frames, supers, and hive boxes out of raw wood. This soon led Brad to a part-time job with Commercial Beekeeper Lavern Boylan while he was in college. Mr. Boylan asked Brad to accompany him and his bees to California. That was the end of college and the beginning of Oregon Trail Honey Farms.

In 1974 Brad took out a large loan with FHMA and started Oregon Trail Honey Farms. This is when the serious work began. Brad’s bees pollinate California Almonds in the winter. During spring in Hood River they pollinate, Oregon Blueberries, Cherries, Apples and Pears. In the summer the hives sit right in the original ruts of the Oregon Trail hence the name of his company.

Bee hives do not survive on their own. A new queen has to be put into each hive every year. It can take up to an hour to find the old queen. You may want to mark the new queen with a Queen marking pen to make her easier to spot next year. Once the old queen is found she is removed from the hive and terminated, making way for the new queen. Most of the queens used at Oregon Trail Honey Farms come from the Big Island in Hawaii. They are shipped to Echo by UPS in small individual containers with bees around each queen. The bees also need to be fed several times over the winter with sugar syrup. The hives need to be worked and gone through every fourteen days. The hives need to be balanced and equalized for the correct amount of bees. They also need to be checked for foul brood, mites and any other problems that may arise. Supers need to be put in the hive. A honey super consists of a box in which 8-10 frames are hung to collect honey. The supers are removed by the beekeeper to collect the honey.

Honey production in Echo, Oregon can be incredible or horrific depending on a variety of factors, the winter, the moisture, and the temperature just to list a few. Honey comes in many wonderful varieties. If your hive is by a field of clover you can produce clover honey which has a light delectable flavor. If your hive is near berry patches you may pick up a slight whiff of berry flavor in your honey. You can achieve mint honey which has a darker stronger flavor if your hives are near mint fields. Bees near orange groves produce a lovely orange blossom honey with a citrus note. If you favor a darker, stronger and bolder flavor you may want to try buckwheat honey.

The story of Oregon Trail Honey Farms is still a work in progress. We hope to continue to grow production and serve our customers for many more years to come. So please go and visit our online store and see what we have to offer in the way of 100% all natural raw honey products for you and your family. We would love for you to help us complete our story.